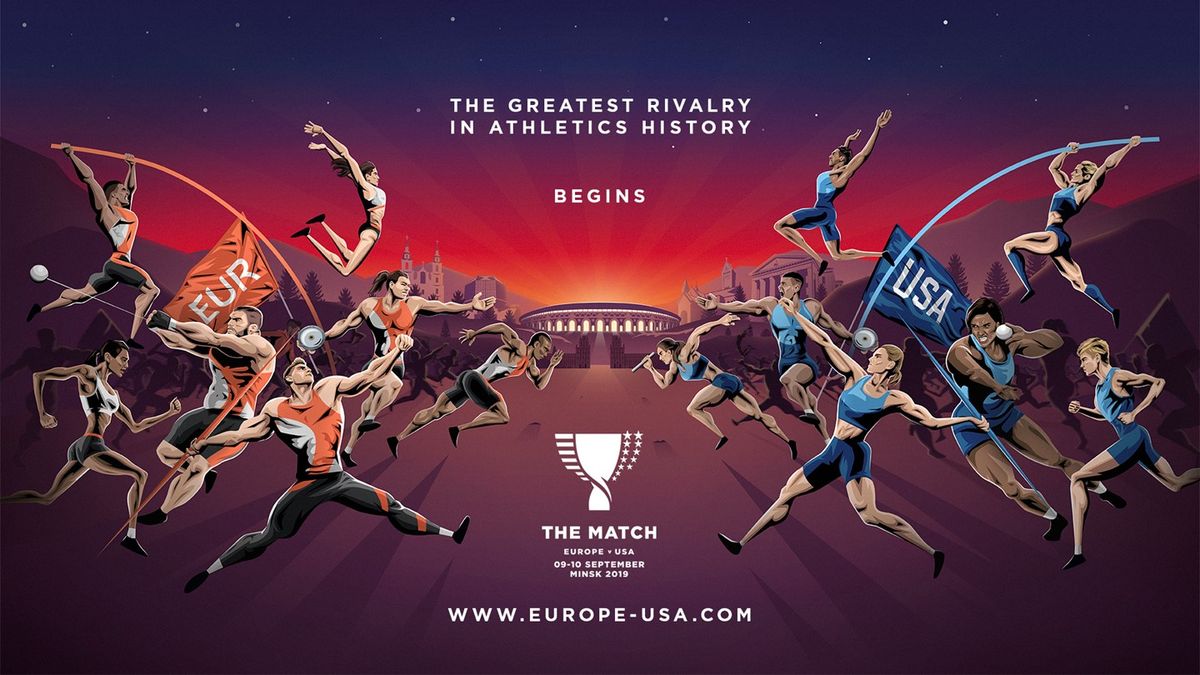 Eurovision Sport partners with European Athletics for The Match

Eurovision Sport has added the broadcast rights for The Match Europe v USA to its partnership with European Athletics. This exciting new team event takes place 9-10 September in Minsk, Belarus.

The deal for The Match covers broadcast rights for Europe and is in addition to Eurovision Sport’s long-standing contract with European Athletics. Eurovision Sport, a division of the European Broadcasting Union, represents Europe’s Public Service Broadcasters ensuring wide audience coverage, free-to-air for this popular sport.

The Match marks a return for athletics to the famous inter-continental duels of the 1960s and 70s. The best of Europe’s athletes will take on the USA’s leading contenders in the last major athletics competition before the IAAF World Championships Doha 2019.

Stefan Kurten, Executive Director Eurovision Sport says, “It is exciting to be able to add this new event to our portfolio with European Athletics. We are great supporters of innovation in sport and this new format looks set to enthuse audiences.

“Through our long-standing deal with European Athletics, we ensure the very best free-to-air coverage across our wide network of broadcasters. It is great to be able to offer fans another chance to see the top athletes in action ahead of the IAAF World Championships.”

European Athletics President Svein Arne Hansen says, “We are delighted that Eurovision Sport and its free-to-air broadcast members will provide the platform for the highest possible audience on television and digital media for The Match.

“We have already secured the presence of many stars for Team Europe, including ambassadors Ekaterini Stefanidi (GRE), Thomas Rohler (GER), Armand Duplantis (SWE), Ramil Guliyev (TUR), Daniel Stahl (SWE), Piotr Lisek (POL) and Mariya Lasitskene (ANA), and we expect a similarly strong USA team. I am sure The Match will help revive athletics’ tradition of head-to-head team events and establish a Europe-USA rivalry similar to that in golf’s Ryder Cup and Solheim Cup.”

76 men and 76 women athletes will represent Team Europe in The Match, with host nation Belarus having a guaranteed ten places on the team.

The winner of each individual event at this weekend’s European Athletics Team Championships Super League in Bydgoszcz, Poland will be invited to compete for Team Europe in their specialist events along with the first three athletes from the 2019 season list at Monday 12 August 2019 (if not already selected).

For the Team Europe men’s and women’s 4x100m, the winners in Bydgoszcz as well as the first other national team from the 2019 list will be selected while the medley relays will be made up of individual Team Europe competitors already selected for The Match.